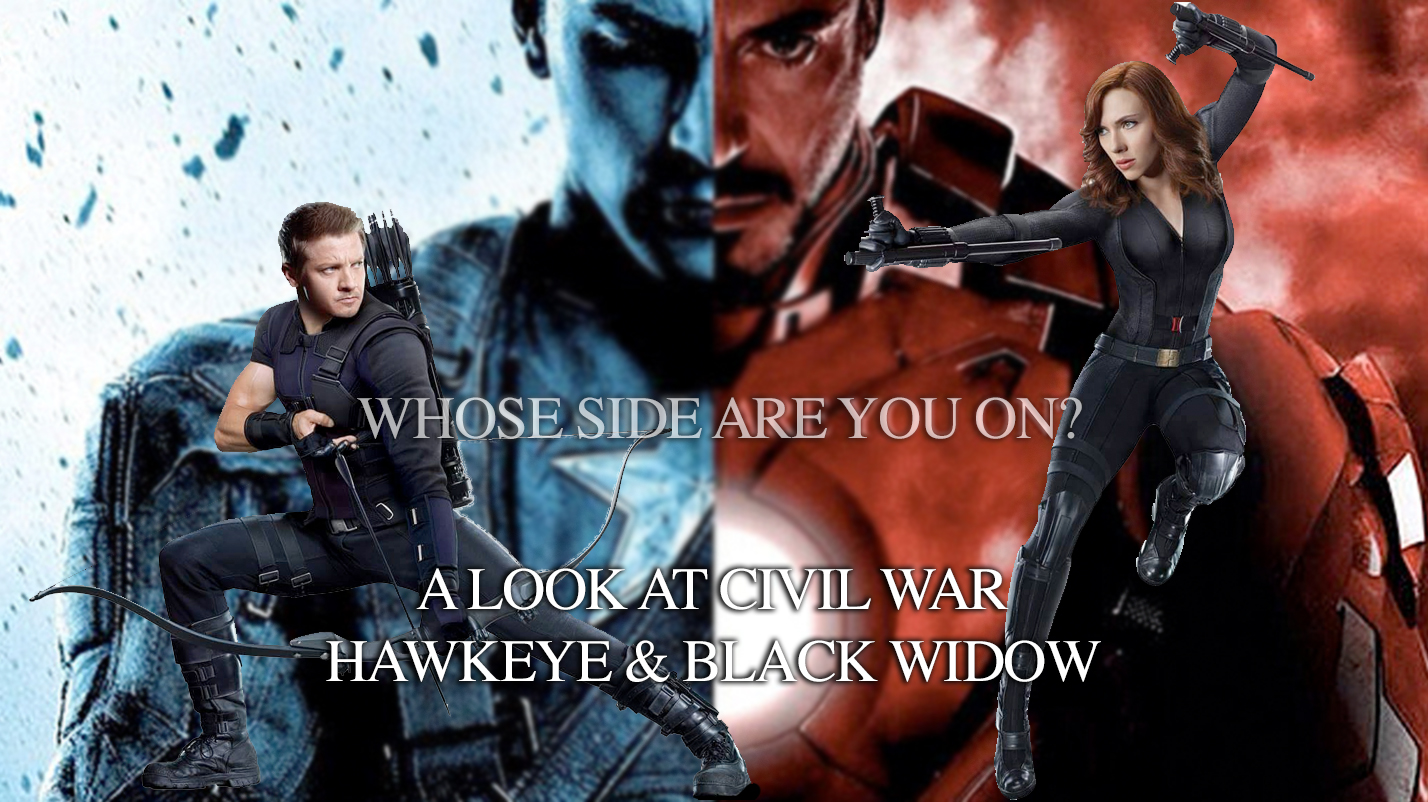 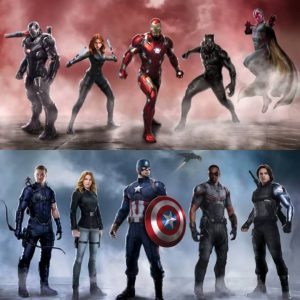 For quite some time now, we have had knowledge of which heroes would be taking up sides in the Civil War between Captain America and Ironman.

We even had these great photos showing our team concept art, too. However, it looks like the concepts have been just that…concept and not brought completely to life, as we see in the newest promo photo releases.

In the original promo release, take a close look at Hawkeye and Black Widow.

Black Widow looks to have her light-up batons (I do not know technical terms and such, I just don’t care that much) and her thigh holsters. 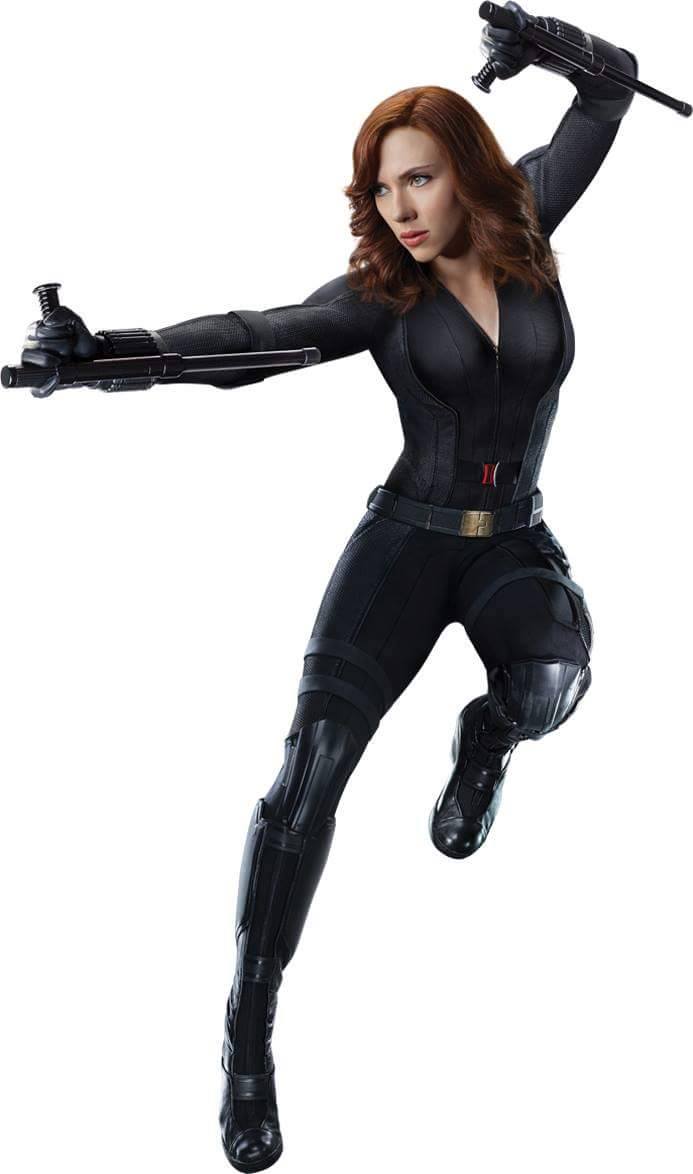 So, with our newest look at Black Widow, we can see that she seems to lose more and more of her gear with each revamp. No thigh holsters any longer…And now batons seem to be the preferred weapon for her to carry. Any idea where she puts them when not in use? Black Widow’s widow bites become and less and less pronounced, too. Why does she seem to  use them so rarely? Aside from the fact that they’d have to be incredibly dangerous lol. We’ve went from two belts over time to one belt and the widow belt buckle looks to be part of the suit…like maybe sewn in between the seams and it closes together over the zipper. I really like the structure that her suit is taking…with the shinier fabrics on the sides of her torso, slimming her even further. I’ll be honest, I hated the breast cups in the suit when they showed it first for Age of Ultron, but I’m starting to appreciate the idea since I’m understanding the suits without them do not form fit to the chest as much as you wish…meaning you have to give them even more upt than you normally do.

However, the one with huge differences would be Hawkeye. His suit in the originally team-up photos actually looks like a suit. Unlike in the newly released photos. 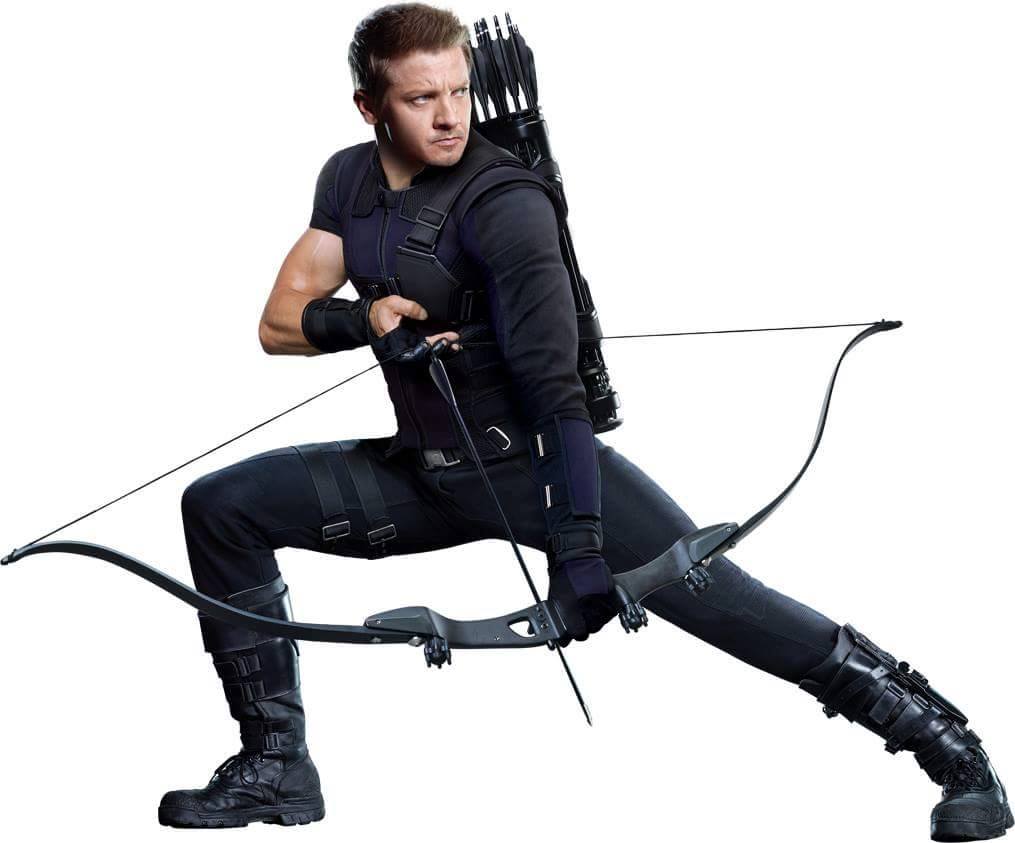 I mean, the new look really looks like a bunch of under armor, it’s like it’s all skin tight and without real structure like we were led to expect. I understand that he needs the mobility to reach into his quiver, which he’s usually had due to sleeve-less looks. (How anyone really thought of functionality with the whole trenchcoat look is beyond me) The boots are rather typical, lots of additional straps. The holster is most likely to either a gun or knife. My hope is that it’s for a gun, poor guy needs some kind of back up to the trusty bow and arrow. I do like that the guard seems to be incorporated into the forearm of the suit now. The strap across the front looks to be attached to the quiver. It’s almost the only thing really strapped to him. One thought…in this new outfit…you know we all like that Hawkeye booty…in this new suit, it has to be AMAZING! lol Also, Jeremy Renner has been using the hashtag #getonmytip lately…I think it has to be his catch line when talking to Antman.

It’s easy to say that Mike and I can’t wait to see Civil War…with our two personas being tied to Black Widow and Hawkeye. It’s interesting that the two became separated in the war among these two. #HouseDivided