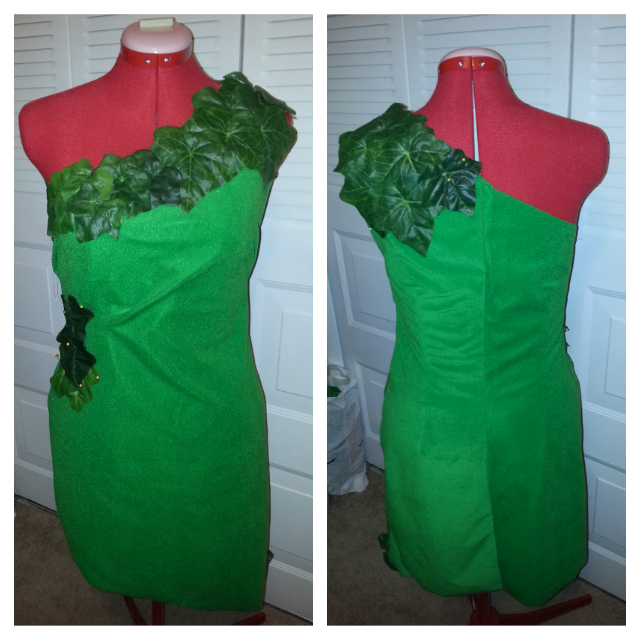 Been working hard to try to finish up my Poison Ivy for tomorrow’s Make m’ Smile event with Nathaniel’s Hope. As much as I wanted to make a costume based on Uma Thermon’s Poison Ivy from Batman and Robin…Im not a big fan of her two costumes from the movie…just of her and her persona for the character.  My first outfit choice is the Ivy from the animated series…essentially a Playboy Bunny suit with sweet gloves. So, until I feel like I have the body to flaunt such a costume, I’m doing something original. If you pair anything covered with leaves with some bright red hair…you’ve pretty much got a Poison Ivy costume. Not my best work, but its a quick-y while Im trying to just out a villain in my rotation. Back to Black Widow after this weekend.