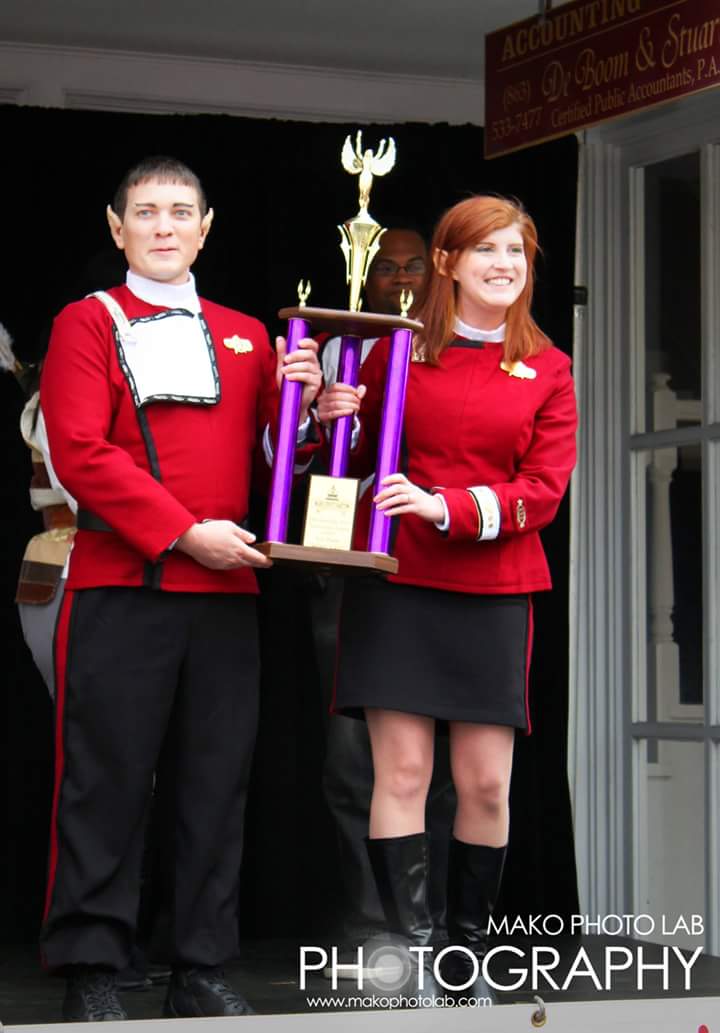 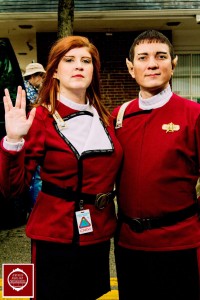 On February 21st, Mike and I made an hour and a half long trek from Orlando to the small city of Bartow, Florida for an amazing event, its second year, Syfy Saturday. This was our first time attending, but we knew that after we saw the photos from last year, that we couldn’t let ourselves miss it again!

Last year some of our fellow members in Central Florida’s USS Haven Star Trek Club entered the costume contest and came away with trophies. Can I just tell you how badly we wanted one of those? lol Anyways, we vowed that we would enter into the costume contest the following year and that is exactly what we did. We we were attending along side our Star Trek club, we felt it fitting to sport the Star Trek Wrath of Khan uniforms that Mike had made for us last year…Also, we felt that those costumes fit the theme by far the best than any other costume that we had as a couple. Amazing photo of us as Vulcans by Melodic Photography.

As we arrived at the event, we quickly signed up for the costume contest (which I will forever more, ALWAYS fill out the form fully instead of leaving “what I want the mc to say” blank). When time came for the costume contest, all costumes attendees gathered for a photo in front of, what I think was, the Bartow City Hall or Museum.

Can you find us? lol SO MANY PEOPLE!

After the photo opp, we lined up as each entry met with the judges and discussed their costumes. This is where I left Mike do all of the talking…He did years of research on those Maroon Monster uniforms. Not to mention, he used the costuming material guide from actual movie from Roddenberry.com to decide on the fabrics and to get the patterns to make it. As with most patterns, it did require some changes, but he did everything himself. Well, except the pants and skirt, those were my job 😉

Once we spoke with the judges, each entry was divided up into their class…either a standard entry or a masters entry. We, happily, were sorted as masters 🙂

When it was our turn to take the stage, it was a very awkward encounter. Because I had stupidly not written anything for our mc to say about our costumes or us…he ad-libbed. I pretty much had to tell him that he was illogical for thinking I was cute. 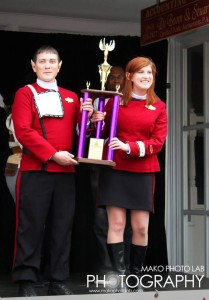 In the masters division, we were joined by a beautiful weeping angel, a clockwork something from Dr Who (sorry guys…I don’t watch the show), a Predator, Batman, and a Dalek made of balloons. Stiff competition…So, when our names were said, we literally couldn’t believe that we won this GIGANTIC trophy!!

You can literally see the surprise and excitement on our faces in the photo that MAKO Photo Lab Photography took us as we got our prize! It so awesome for Mike to be getting rewarded for the hard work and late nights that he put into our costumes.

We mostly costume for charity work and conventions these days and wanted to focus more on small events this year to get more awards to our name A to Z Cosplay so that we can make a bigger splash in this convention circuit. We love getting the opportunity to talk to people about the creation side of things and feel that it’s important to make friends with all that we can.

Enjoy my little video freakout that I posted to our Facebook page after we got our trophy. Can you tell that I was rather excited? lol See more about our adventure at Syfy Saturday by clicking here! 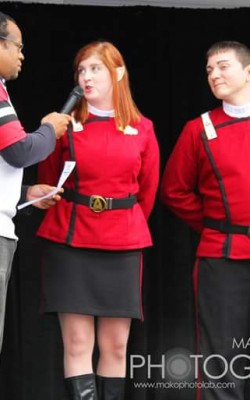 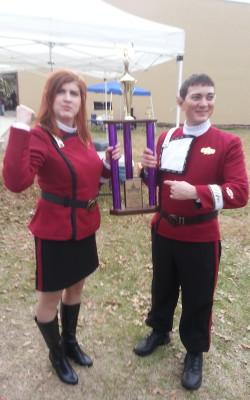 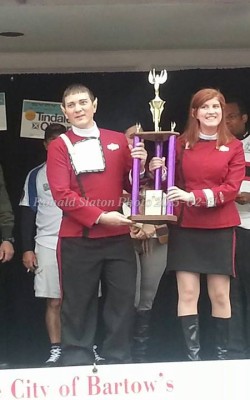 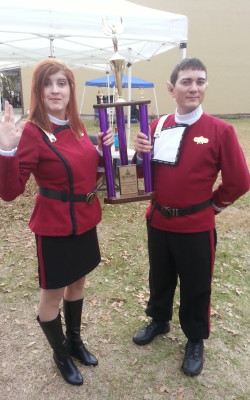 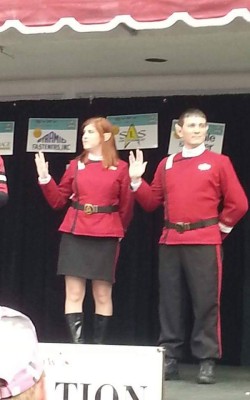 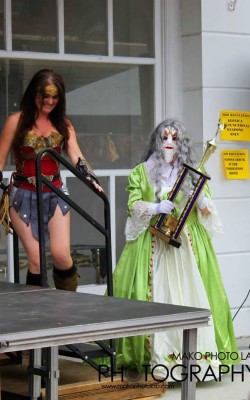 Farewell to our inspiration and a legend who passed yesterday, Leonard Nimoy. Sadly, we never met him, but he impacted our lives greatly. Let us all live long and prosper, as he would wish its to. Prayers to his family and to all the other fans, he made a difference in this world…unlike so many.