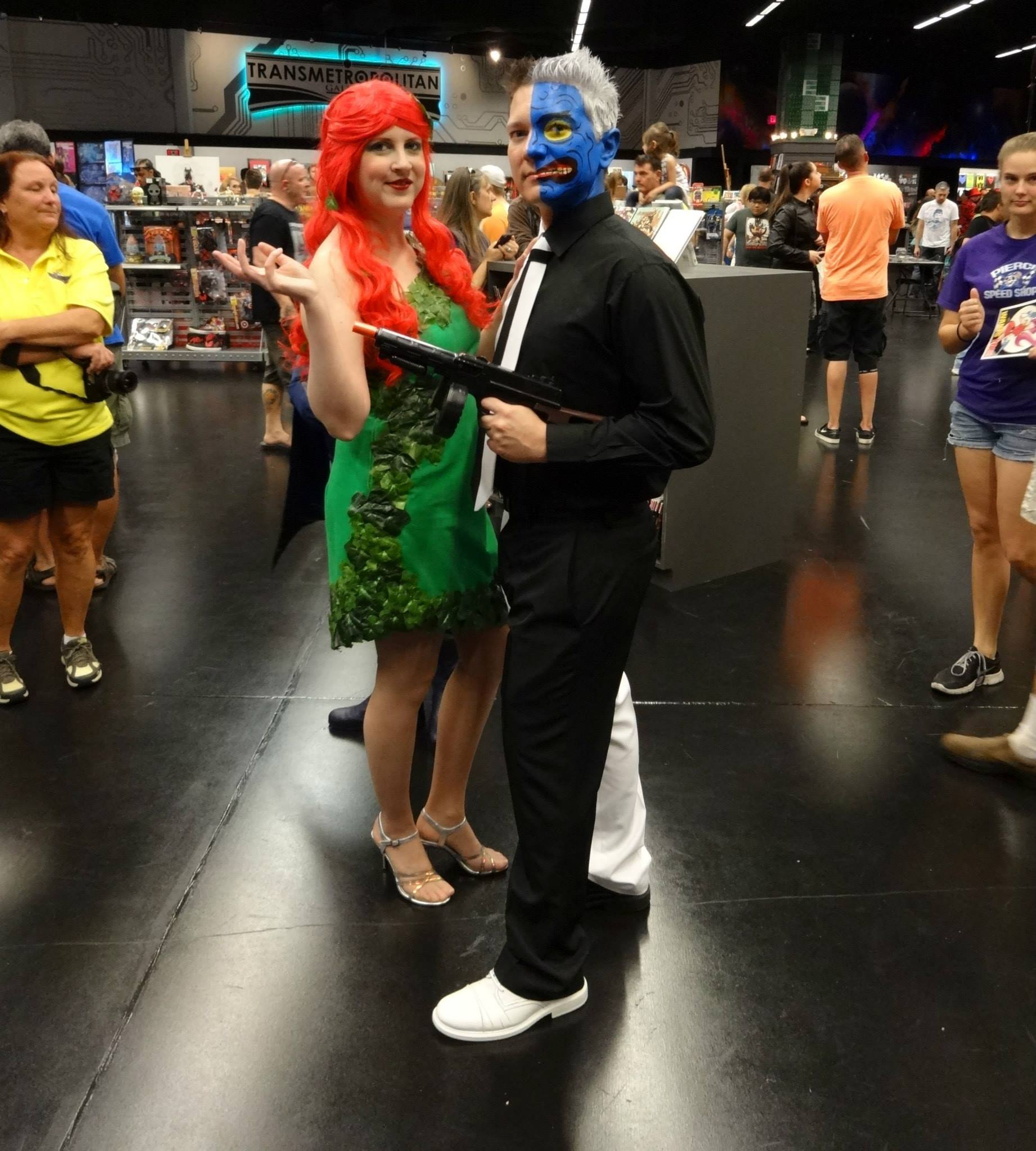 Mike and I had a great time checking out the grand opening of the new comic book store down on Orlando’s I-Drive at the Artegon Mall, Gods & Monsters. They had everything imaginable from t-shirts to comics, to Pop Vinyls, to coffee, and boba tea, even! We attended in conjunction with our non-profit organization, Guardians of Justice. This was our first appearance as Two Face and Poison Ivy together. People went crazy over Mike’s costume. He lost a LOT of hours the week leading up to the opening in hopes of finishing his dress jacket, but he didn’t manage to finish in time. However, the rest of the costume (the tie, dress shirt, dress pants, and shoes) were ready for action.

We’re super ready to see what this comic shop will have in store for cosplayers and events in the future because they definitely did it up for this grand opening. Walking into the location, the place is overwhelmingly big…like…seriously HUGE! Then, once you have taken in the vast size of the place, you’re able to start REALLY appreciating the fantastic job done on decorating. You really have to go for yourself to actually take it all in and appreciate the work put into every aspect. I really hope that this place stays around for a long time and continues to help that poor little mall grow. 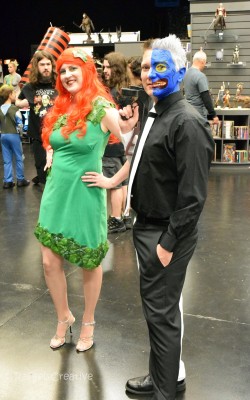 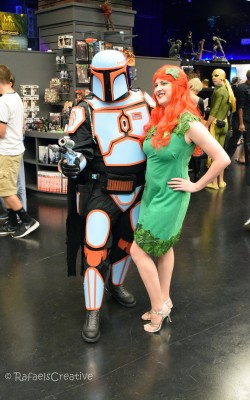 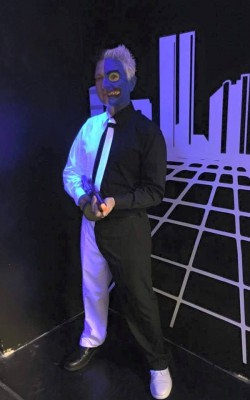 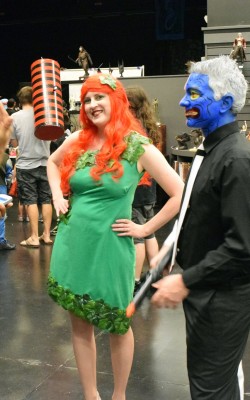 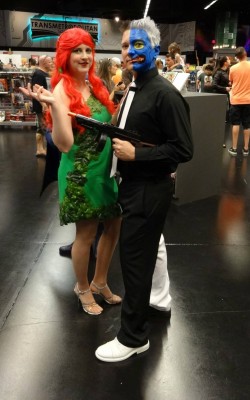