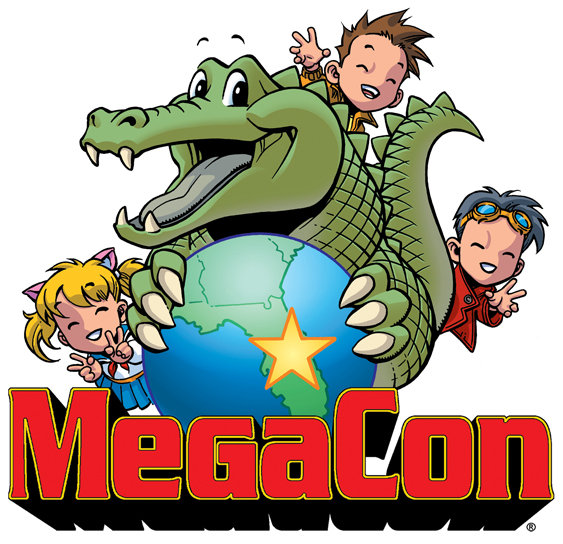 MegaCon was last weekend and the costumes were fantastic. I got to thinking, I go to so many websites to see this or that “top cosplay” lists…I figured it was high time that I started doing my own. I try to go out of my way to not include my friends in these kinds of lists, mostly because I try not to show bias to things, but I digress.
Now, I’ve always considered DragonCon -THE- con to go to for the most outrageous, mind-blowing costumes..And, frankly, it still holds true, BUT! Because Mega isn’t known for it’s costumes (it’s mostly known for it’s dealer hall), the really good ones stand out and get MAD attention! So here goes..our favorite MegaCon 2015 cosplays…

This was literally 100% on point for the wedding dress of The Hunger Game’s MockingJay movie. I almost freaked when I noticed her while I was walking out of the dealer room. If anyone knows who this cosplayer is, please let me know so I can give her credit…cause…wow, MAJOR Kudos!

Maleficent and Her Army

As many cosplays as we have all seen from the movie Maleficent…rarely are they done by children…This one is SPOT on to an adolescent Maleficent. Accompanied by two members of the Forest Army, makes this an unbelievably well done group cosplay. I’m not sure what their costumes were made out of because I didn’t get the chance to speak with them, but they seemed to get around with ease, which is a lot to say in a costume like that. Great job, guys!

Cinderella and Her Godmother

I’m sure it comes as no surprise that there would be cosplays at MegaCon from the new Cinderella movie (which I haven’t even had the chance to see yet)…but the fact that these two ladies were the only two that I actually saw…and not to mention, it’s wasn’t just Cinderella, but the Fairy Godmother, too…makes this an amazing sight! I highly doubt that they got to walk too far without photos being taken of them lol

Lockhart, Why Of Course

So everybody and their mother wants to make a Harry Potter themed costume…or has one already. Most of us know what our house designation is and wear the colors proudly. One costume I had never seen before was this one…Really? Gilderoy Lockhart? BRILLIANT! Not only did he look just like the character, he went the extra mile the whole con long. He went on and on about himself…oh yeah, not to mention that image on his book, yeah, it moved. I’ll have it in a video later this week! Such a great job! I love seeing the characters that aren’t the most popular being represented..and done SO WELL!

Will the Real Rick Grimes please stand up?

Last but definitely not least…Honestly, can you even call this one a cosplay? Is this guy the real Rick Grimes? He could have fooled me…Man, AMC, give this guy a job! I’m pretty sure I gasped out loud when I saw him on Saturday at MegaCon. With Walking Dead being so popular, you see a lot of people trying to pull of the grizzly faced Atlanta sheriff, but none have every come as close as this. Stature, facial structure, EVERYTHING! Not to mention…I ran into this guy at the Moshi Moshi party too…for those who haven’t been, they’re quite the party..It was like seeing Rick Grimes at a rave. I’m still thoroughly amused by it!

There You Have It

Well, those were my 5 favorite cosplays of MegaCon…I’m a fan of seeing hard work come through in cosplays and seeing things that everyone else isn’t already doing…or done better than I’ve ever seen before. Kudos to those you are in the list, if you know the cosplayers, let me know and I’ll make sure they get credit. 🙂

Ok…So, You see tons of Waldos and Carmen Sandiegos at conventions these days…They are easy costumes to do and, if you can handle being told “I found you” about a million times a day, they’re great to do. These two took it to another level by adding in a Safari, steampunk kinda look. LOVED it…and it was so original!